Southern Cross NEXT is the largest capacity and lowest latency submarine cable to connect Australia and New Zealand to the US West Coast.

Southern Cross Cables Limited (SCCL) and Alcatel Submarine Networks (ASN) have signed a contract for ASN to build and install a new submarine system between Australia, New Zealand and the US called Southern Cross NEXT.

This high-capacity, state-of-the-art system based on an Open Cable architecture and 4 optically amplified fiber pairs using C-band technology, will provide an additional 72 terabits per second of capacity to Southern Cross customers, adding to the existing current capacity of 20 terabits per second. 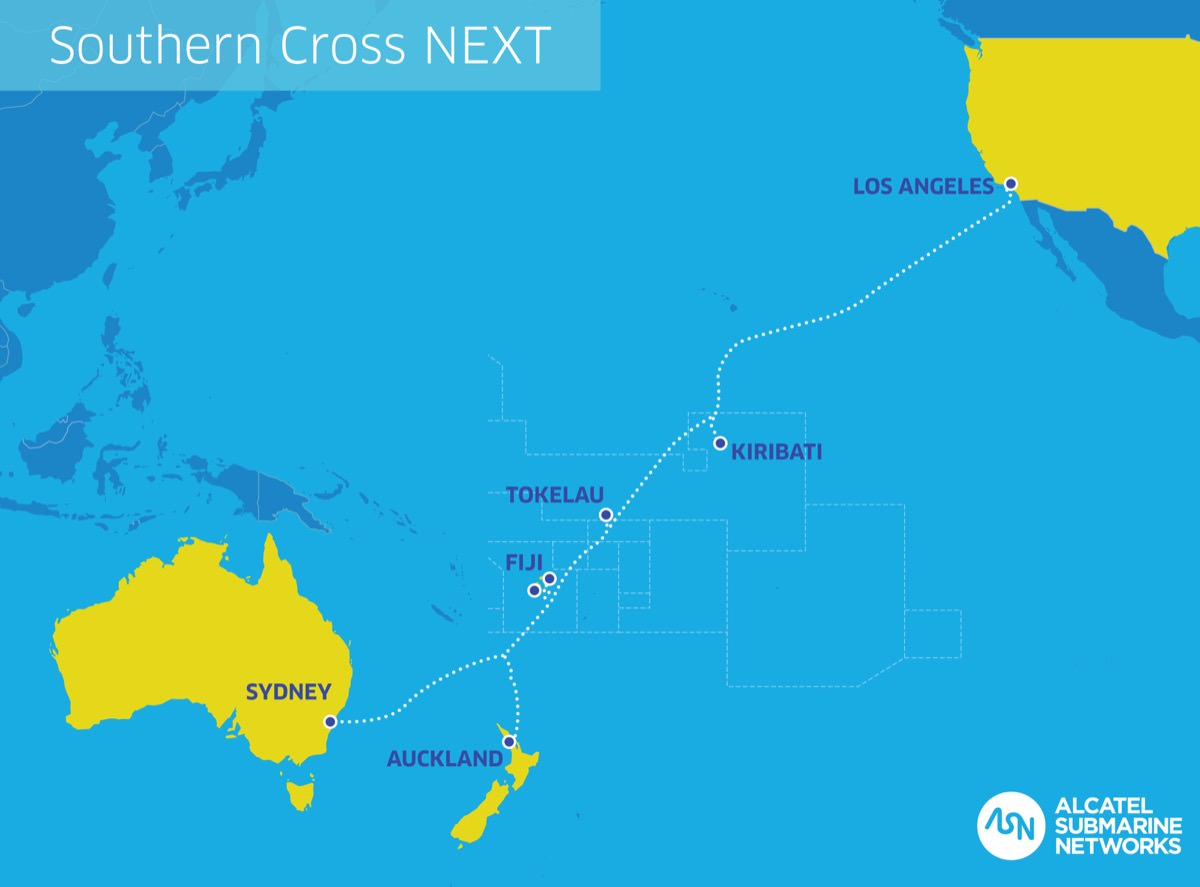 Southern Cross NEXT will connect Sydney and Auckland to Los Angeles providing the largest capacity and lowest latency connection between Sydney, Australia and Auckland, New Zealand to Los Angeles on the US West Coast. The system includes the latest generation of ASN repeaters, Branching Units (BU) and WSS ROADM, enabling additional branches to Fiji, Tokelau and Kiribati.

Southern Cross’ President and CEO, Mr Laurie Miller said: “This achievement is a testament to the efforts of the Southern Cross and ASN teams over many months on the project. The addition of the new Southern Cross NEXT route to our existing eco-system will provide existing and future Southern Cross NEXT customers with further resiliency and connectivity options between Australia, New Zealand and the United States. We are delighted to have successfully achieved this key milestone, and all focus will now turn to the timely implementation of the new system, and the continued development of product enhancements to meet our customers growing and changing requirements.”

The Open Cable design ensures the system will be compatible with future generations of line terminal equipment incorporating the latest technologies such as PCS (Probabilistic Constellation Shaping).

Southern Cross can rely on ASN expertise and experience in this part of the world, with numerous subsea projects successfully deployed in the South Pacific, including the first Southern Cross cable system 20 years ago.

Southern Cross NEXT is planned to be completed by December 2021 – January 2022.